IT was a brilliant end to a triumphant counties for the swim squad with another clutch of medals gained on the final weekend of the event.

First on Saturday, girls took part (for the first time?) in the long slog of the 1,500m while later boys took their turn at the 800m. In the girls race, Cheltenham put in a particularly strong performance and ended up with two golds (Sian Wiggins and Emma Wiggins – not related!) and two silver medals (Bethan Wilson and Maisie Marshall) – a fab performance for such a long race at the end of a long month of competition. Lots of PB’s all round. Sunday  was the relays and again Cheltenham swimmers put in a fantastic effort with several medals gained over the course of the day. Most of all though the day was about having fun and supporting each other – it was also reported that a certain team manager whose initials may or may not be VW got a ticking off for being a little too enthusiastic! So at the end of the competition we can reveal the scores on the doors which are: According to our coaches Steve and Kev this is a “truly outstanding performance” from our swimmers who should all be proud of their efforts. They wanted in particular to thank team managers Vic Warwick and Laura Hansen for their invaluable help poolside; and from all of us on the Committee we would like to add our thanks to Vic and Laura, as well as coaches Kev, Steve, Josh, and Pheobe, as well as John Bell for his excellent official organising, Brian A for all his behind-the-scenes organisation, all the parent volunteers and of course to the children themselves for all the hard work they have put in. (Did I miss anyone? This is starting to feel like an Oscar speech). 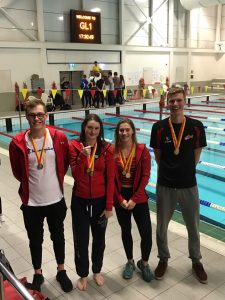 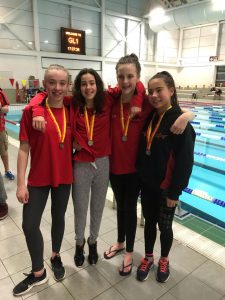 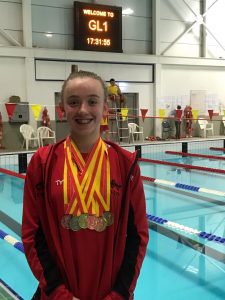 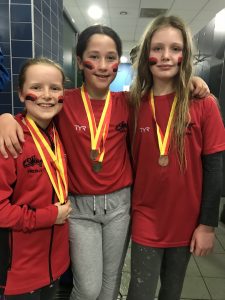 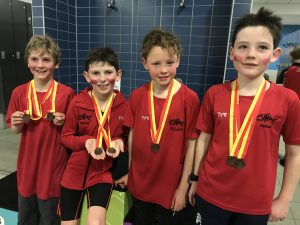 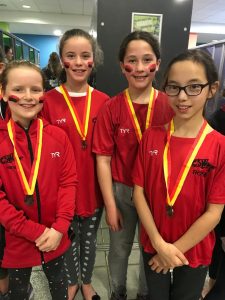 Finally, one piece of non-County news: our Costswold League team pulled off a brilliant second place in Taunton a couple of weekends ago, despite lots of swimmers not being available. This means some of our swimmers swam up an age group so a special well done to them.

Next stop: another two league events (PGL and Cotswold) and meets at Bristol and Millfield. See you there!